Betrayal is said to be an act of deliberate disloyalty by a friend or close associate. It is synonymous to: treachery, false accusations, etc.

Betrayal involve the destroying of someone’s reputation by lying or exaggeration.   It is an act in bad faith.

Betrayals can be very misleading, deceitful and damaging.

Betrayal by a trusted friend can be very devastating. Because of your past relationship with the person, people tend to accept their accusations  as absolute truth.

Many marriages have been destroyed, business contracts terminated, careers jeopardized by testimonies of those who  betrayed the confidence of others.

But we counter such betrayal by spiritual warfare prayer as King David did.

Ahitophel, who Bible Scholars refer  to as the Judas of the old Testament,  was King David’s closest friend and counselor. (Psalm 41:9, 55:12-14)

He was the best counselor there was back then. His counsel was so on point that it was received as divine revelation.

He was also Bathsheba’s grandfather. (2 Samuel 23:34, 11:3)
Bathsheba was the woman king David committed adultery with.

What drove Ahitophel  to betray David?

He aided David’s rebellious son against him. He told him how to defeat his father. (2 Samuel 15:12)

When David heard that his trusted aide had decamped to the enemy, he knew that without Divine intervention he would be defeated and killed.

So he cried out to God in prayer and then took action that would Frustrate the enterprise of the enemies – he sent Hushai. (2 Samuel 15:31-37)

Hushai was another reputable counselor  but his counsel in comparison to Ahitophel’s was foolishness personified.

But God in His infinite wisdom countered the wisdom of Ahitophel with the foolishness of Hushai.

Absalom, David’s erring son believed and acted on the advice of Hushai. (2 Samuel 17)

When Ahitophel heard that his counsel was discarded in favor of Hushai’s,  he knew he was a dead man already. So he committed suicide by hanging.

I speak into your situation right now: that all the counsel of your frenemies become useless in Christ matchless name.

Today, God has turned  the counsel of the opposition to FOOLISHNESS.

Your unrelenting foe’s shame will never be forgotten in Christ matchless name.

When you are staring betrayal in the face, understand that it is a well orchestrated attack informed by your past issues.

You must own your mistakes and sins.

Apologize to those you wronged and confess your sins to God.

Apologize  to humans and confess your sins  to God.

If you have the habit of sweeping things under the carpet hoping they will go away, they won’t. They have a way of coming out to bite.

It is of great importance that you Confront your issues with God and with humans.

Relationship is vertical and horizontal in scope. Reach up to God and reach out to fellow humans. Lest the devil  take advantage of such offences and foment trouble for you as he did for David.

If this has blessed you, pass it on to others. Check this site for more life changing articles. Stay victorious. 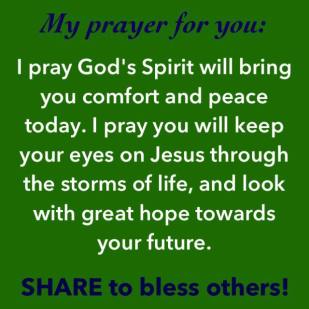 Because I serve a living God, you will never know shame or be disgraced. Your days of humiliation, frustration, hopelessness and confusion are over.

Your life will always be meaningful. The door of goodness shall no longer be shut against you.

All the forces of evil that are trying to re-design your destiny are rendered impotent.

You shall live out God’s purpose for your life. For His plans towards you are good. Therefore, angels – Surely, Goodness and Mercy shall follow you all the days of your life.

All the evil arrows coming against you are intercepted and quenched.

By the grace of God, doors of favor and promotion are opening up for you.

You are supernaturally enabled to ride your storms.

In every situation or circumstances you will come out first and best.

God’s name shall be glorified in your life.

The speaking Blood of Jesus Christ silences all the voices of accusations that were challenging your blessings.

God’s Word will produce result of what it says in your life.

This is your Season of enthronement.

Prosperity is yours. Healing is yours.

Behold all those who dug pits against you have fallen into it. Their traps caught them and you have been saved from all snares and entrapment.

You will joyfully cross over to the next year with every member of your family.

Even if the earthquakes you shall be saved.

The raging fires and smoke shall not get to you.

The Almighty God who I serve will preserve your life and restrain the evil one for your sake.

You are blessed beyond any curse.

Go in peace and serve Our God and Father of Jesus Christ in righteousness, peace and joy in the Holy Ghost, in Jesus Christ matchless name.
Hephzibah Christly